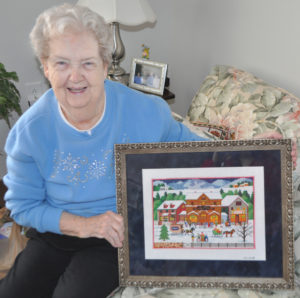 Willie Scott shows off her winning entry in the Holiday Card Art Contest.

Every year residents are invited to enter winter- or holiday-themed artwork into a Holiday Card Art Contest. The winner’s entry is used as the basis for the organization’s holiday card which mailed to residents, family members, co-workers and friends.

This year’s contest marked the seventh year for the tradition and nearly 250 entries were received. Ultimately a counted cross-stitch by Country Meadows of Frederick resident Willie Scott was selected as the winner. The piece features a snowy small town centered around a country store.

Scott jokingly refers to herself as a “cross-stitch addict,” and has numerous beautiful pieces donning the walls of her apartment. “I started counted cross-stitch years ago,” she says. “I love it and have kept on doing it throughout my life.” 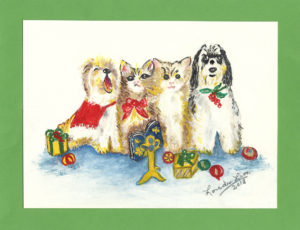 President & CEO Michael Leader along with his sister, Jane Leader-Janeczek, were tasked with judging the entries to select the winner and finalists. This was no easy feat. “Really, any one of the entries would make a beautiful holiday card,” notes Leader.

In addition to the overall winning piece, one finalist entry was selected from each one of the organization’s 12 campuses. Ecumenical Retirement Community resident Lourdes Leon’s painting titled “Singing to Santa” was selected as the campus finalist. A talented artist, Leon also earned finalist honors in the contest in 2016 and 2015.

Check out all the finalist entries below. Click the image to see it larger. 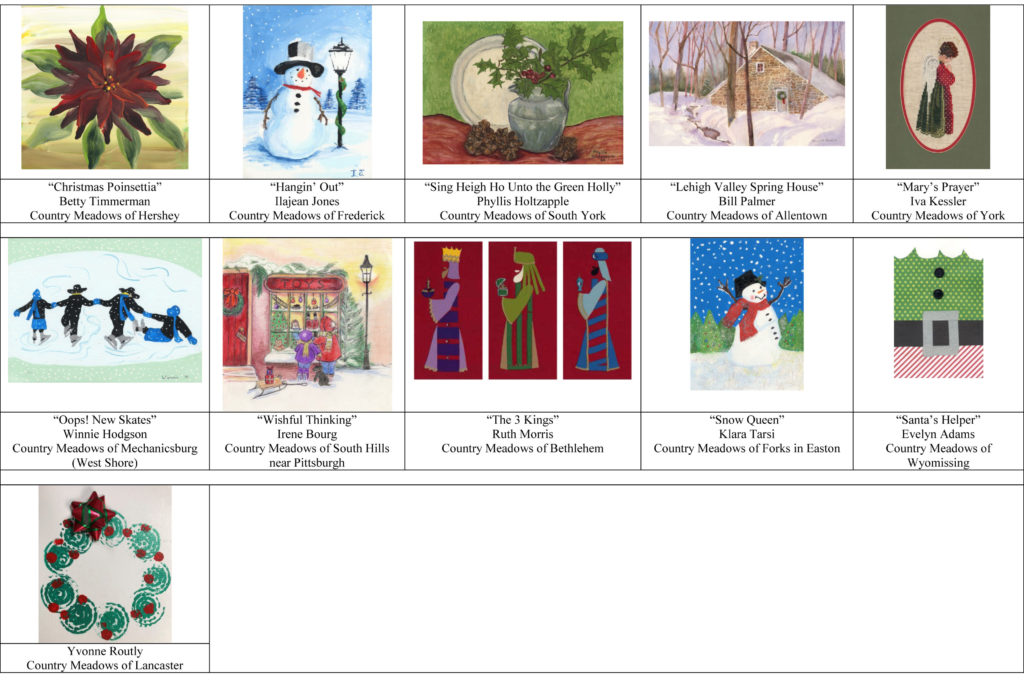