Remembering the life of a Leader

Known as a charismatic, strong leader with a caring heart, during his administration Leader was an advocate for the disenfranchised and downtrodden. In the private sector, he ran his business with the utmost respect and concern for seniors. His hard work touched many lives, as was evidenced by the more than 600 visitors who attended his viewing.

Leader’s funeral at Derry Presbyterian Church in Hershey, Pa., was a true celebration of a remarkable life as mourners shared positive memories and stories about his many achievements. Warm laughter filled the church as Leader was remembered as a man of concern and generosity as well as an astute businessman with a strong love for family.

“The greatest thing that he taught me, and I think he taught all his children and grandchildren, was about love and in particular about love of family,” said eldest son Michael Leader during his eulogy. 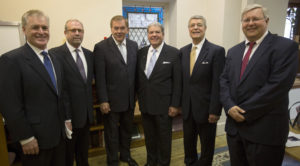 Leader’s daughter, Jane Leader-Janeczek, shared a file found in her father’s office just days earlier. “We came across a file that Dad had started which was labeled, ‘My Funeral.’ What followed was so characteristic of my father’s optimism and pragmatism.” She continues. “Dated July 17, 2001, he writes, ‘Here is a brief outline for my funeral service. I hope it will not be used for another 10 or 15 years. I’m feeling wonderful today. Kicking off a program for discharged prisoners.'”

That program—Second Chance Ministries—helped prepare prisoners for the transition into society after their release. Leader saw the enormous need for a program to fill this gap to give former prisoners the tools they need to find success.

Youngest son, David Leader, told mourners that his father wasn’t afraid to take risks. “He challenged the status quo at every turn,” he said. “Dad always believed he might make a difference.”

Active right to the end, earlier in 2013 Leader joined with the former governors in advocating for changing the state constitution to replace the practice of partisan elections of the Commonwealth’s appellate judges to merit selection.

Leader was elected Governor of Pennsylvania in a landslide in 1955 at the age of 36, startling a heavily registered Republican state and surprising the rest of the nation; so much so that Time magazine featured him as its cover story the following week.

Limited by the state constitution to one four-year term, Leader made a busy time of it. In his newspaper series on Pennsylvania governors, historian Paul B. Beers wrote, “The Leader administration was exciting and controversial—always politically, sometimes legislatively and often intellectually. It was an administration which could trip over hills but move mountains. In achievements, it ranks with the best administrations in Pennsylvania history.” 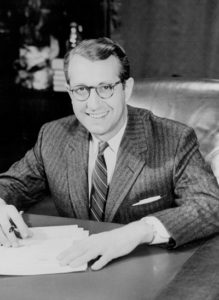 Some of Leader’s achievements while in office include transforming the care of persons with mental illness from one of custody to one of caring; requiring school districts to develop special education programs for students with physical and mental challenges; battling unemployment by creating the Pennsylvania Industrial Development Authority (PIDA), speeding up construction of Interstate 80 across the northern tier of the state opening it to industrial development; creating the forerunner of the Pennsylvania Human Relations Commission; initiating a nationally acclaimed program to establish a state park within 25 miles of every Pennsylvania resident; reorganizing state government by establishing an Office of Administration within the Governor’s office; and instituting the state’s first civil service for its professional employees. His administration laid the groundwork for positive changes to better serve seniors by establishing the Commission on Aging which evolved into the state Department of Aging, and by enacting licensure standards and an inspection program for skilled nursing facilities.

In 1958, Leader was defeated in his bid for the U.S. Senate and decided not to stand again for public elective office. After pursuing other business opportunities for several years, he and his wife, Mary Jane, decided they could better use their experience and interests in caring for the Commonwealth’s seniors—a group in whose welfare he showed concern while serving as governor.

In 1962, the Leaders founded a company that provided skilled nursing and rehabilitation that by 1968, developed into a publicly traded corporation known as Leader Healthcare Organization. By 1981, the company was the largest provider of skilled nursing care in Pennsylvania. Leader introduced innovative programs including the first six-day-a-week rehabilitation service for nursing home residents, and in-service training for staff members that earned them college credits. Leader Healthcare merged with CENCO, an Illinois-based healthcare provider in 1982, and Leader left the company shortly thereafter.

Leader retired from Ecumenical Retirement Community and Country Meadows at the age of 80. Again, he was not ready for a real retirement and decided to keep busy by launching yet another assisted living company, Providence Place with four locations in Pennsylvania. At the time of his death, he served as its Chairman, President and CEO.

Leader was always in search of innovative programs that he believed would benefit residents in body, mind and spirit. He took great pride in the fact that his children and their families relocated to central Pennsylvania to follow in his footsteps in owning and operating high quality senior living communities; a career he enjoyed for 51 years.

Named for his grandfather, Leader was born on January 17, 1918, to Guy A. and Beulah Boyer Leader, the third of seven children. His father was a successful poultryman known for developing the Leader Leghorn-an acclaimed strain of egg­ laying chickens. Guy Leader also dabbled in local Democratic politics and served as a Pennsylvania State Senator from 1944 to 1950. “Politics were table conversation at our house for as long as I can remember,” Leader once recalled.

His formal education began in a rural, one-room schoolhouse and continued at William Penn Senior High School in York, Pa. Following three years at Gettysburg College, Leader transferred to University of Pennsylvania to obtain a B.S. degree in 1939. That September he married Mary Jane Strickler of York, whom he had courted after meeting her at a church social. His master’s degree program was cut short when he joined the United States Navy. He served three years as an officer in the Supply Corps, the last year of which was on the aircraft carrier USS Randolph which acted in the western Pacific as a base for Navy planes in the bombing of Japan. Leader was discharged a Lieutenant. 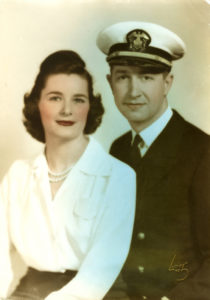 Following the war, Leader decided to strike out on his own in the poultry business. With a G.I. loan, he bought a small poultry hatchery on 50 acres in York County, Pa., and within a few years, increased its annual production tenfold from 100,000 baby chicks to one million. This farm is the location of the current Country Meadows of Leader Heights campus.

Leader was active in community organizations throughout his life. In his post-gubernatorial years he served as National Crusade Chairman of the American Cancer Society in addition to the boards of Philadelphia Home Loan Bank and numerous colleges, universities and hospitals. In his later years, he focused his attention on prison reform, local charities that supported students in the Harrisburg School District and international organizations serving Africa and, in particular, Ghana. Leader and his wife founded the G.M. Leader Family Laboratory for Alzheimer’s disease Research at Penn State Hershey College of Medicine.

According to Michael Leader, “I think part of his legacy and what I’ve learned from him is if you can keep it, don’t retire. Keep purpose in your life.” He continues. “Dad bought his tombstone and erected it. And on that tombstone he put the inscription, ‘The essence of life is unconditional, nonjudgmental love.’ Caring for others, compassion for the disadvantaged and love for his family and his friends, and really of everyone he touched, were his greatest characteristics. In my opinion, the greatest lesson he taught us, the greatest gift that he gave us was to love others.”